Posted on November 9, 2016 by fromthefirstorder

(Stillness in the Storm Editor) According to Wikileaks releases, there were code words used by certain individuals connected to John Podesta, referring to various elicit sexual activities involving children, in his emails. I cannot confirm or state how these words were deciphered, but reading the below emails it certainly doesn’t seem like they are just referring to mundane things. If this data is accurate then it is part of the full disclosure release of information, something that the powers that be likely wanted to delay due to the obvious insidious nature of these communications.

Related Let us Gather to be the Change and Stand up to the Bullies of Freedom | No Matter Who Wins the Election, The People Who Are Not Elected Will Stay in Control

Before reading on I just want to share some personal thoughts about this whole thing. This is the part of the apocalypse (unveiling) that we have been waiting for. It is not pretty, it is very disturbing. Some people may shy away, some might get sick and angry, but this is part of the healing process as we move into the golden age. We have to go through this part first. Everything that has been hidden seems to be coming into view now. We as a whole must face this part of the transition so ultimately we can move forward towards peace. Like David Wilcock said ‘once you throw up you’ll feel better’.

We now know thanks to whistle-blowers, both past and recent, that the elite (in the monetary sense) are engaged in Luciferian ritualistic pedophilia and human (child) sacrifice. What you are about to read is extremely unsettling and disturbing. When I first started reading through these e-mails with the coded words I became sick and wanted to cry. I then thought it’s one thing to be aware that these things are happening, but to see the e-mails where these high-level people in government are using well-known code words to describe exchanges and activities with children is an entirely different thing altogether.
There are e-mails that allegedly contain negotiations between individuals to purchase and ship children to various places. I will be continuously updating this particular post as more e-mails have been emerging and others have been digging and finding more conversations about abusing children. I am not saying these things are definitely being said in the e-mails and it hasn’t been 100% confirmed yet but I will just let you decide what you think is going on.
https://youtu.be/lusSfBW44YU

This website is one of the first ones that broke this story:

Search all Podesta emails for these keywords. We are uncovering a child sex ring.#PodestaEmails28

(BTW I am not advocating for anyone to president as the original person’s picture who tweeted this would indicate)
For those of you who would like a little more information on who John Podesta is and how powerful he is (“one of the most powerful men on Wall Street/Washington D.C.”), I highly recommend this documentary that just came out titled ‘The Empire Files: Abby Martin Exposes John Podesta’:

I’d also like to add that his brother, Tony Podesta, was asked to come to a Spirit Cooking session with artist and Luciferian, Marina Abrimovic. 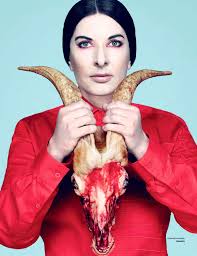 They appear to use pizza a lot which, if the code word is correct, means girl. I found a .gif in one of the e-mails about pizza:

Wikileaks Source
And another e-mail that contained an attached picture of two asian women eating pizza with a little girl with John Podesta saying:
It doesn’t get any better than this

Source
The two women in the photo are Euna Lee and Laura Ling who were arrested in North Korea for child trafficking. Here is the Reddit thread with more information on this.
https://en.wikipedia.org/wiki/2009_imprisonment_of_American_journalists_by_North_Korea
There is one particular e-mail about the sale of some ‘beanie babies’, which at first seems benign enough, until you read further:
https://wikileaks.org/podesta-emails/emailid/26263:
Georgetown Law Faculty and Staff, My parents are visiting this weekend, and I need to sell my enormous collection of beanie babies! I’ve approximately 480 little creatures of joy, and I’m selling each one for $20.00. You must buy all 480, though. It is a collection (not an auction)… They are very respectful and amicable with one another, and they are (for the most part) cat and dog friendly. Some are sassier than others, naturally. Please let me know! My parents can’t find out.
Peter Mattingly
Could some of these children have been used as ‘entertainment’ at a pool party described in the following e-mail?
https://wikileaks.org/podesta-emails/emailid/46736:
With enormous gratitude to Advance Man Extraordinaire Haber, I am popping up again to share our excitement about the Reprise of Our Gang’s visit to the farm in Lovettsville. And I thought I’d share a couple more notes: We plan to heat the pool, so a swim is a possibility. Bonnie will be Uber Service to transport Ruby, Emerson, and Maeve Luzzatto (11, 9, and almost 7) so you’ll have some further entertainment, and they will be in that pool for sure. And with the forecast showing prospects of some sun, and a cooler temp of lower 60s, I suggest you bring sweaters of whatever  attire will enable us to use our outdoor table with a pergola overhead so we dine al fresco (and ideally not al-CHILLo).
That one could be benign also and I suppose we will have to wait to see if the FBI or other agencies release anything more about this topic.
I am sorry if that information has disturbed some but as I said if we are to move on as a whole unified humanity we must deal with these things and face them, despite their horror. I am still optimistic about our future as many cultures have told us it will be positive and amazing but it would be ideal for us to all mentally prepare for worse information/pictures/videos and testimony as the days go on.
Thanks for reading everyone and much love as always.❤

_________________________
Stillness in the Storm Editor’s note: Did you find a spelling error or grammar mistake? Do you think this article needs a correction or update? Or do you just have some feedback? Send us an email at sitsshow@gmail.com. Thank you for reading.