Posted on March 23, 2019 by fromthefirstorder

This article was republished with permission from the author.

My name is Shoshi Herscu and my book Mass Awakening is a full disclosure of the great awakening globally, the secret space programs, the Cabal’s dark agenda, and the global currency reset or the RV.

Recently there has been so much news about the Global Currency Reset (GCR/RV) being imminent which is really exciting news for anyone who follows the news about it for years. Perhaps it may happen this year.

However, this is also one of the most complex topics regarding the mass awakening globally. In order to make this topic clearer, I’ll provide explanation for some basic terms and show how the GCR is also connected to our financial liberation from the current debt-slavery financial system.

GCR stands for Global Currency Reset or RV that is about the revaluation of currencies.

WHAT IS THE QFS AND HOW IS IT DIFFERENT FROM THE CURRENT FINANCIAL SYSTEM?

QFS stands for Quantum Financial System and according to Galactic Connection site, it’s an off-world monetary system which cannot be rigged, in contrast with the current financial system. As it cannot be compromised – despite the many attempts to do so by the cabal – the cabal’s corrupt central banking will collapse. The cabal will have no access to this system. This system will allow the transfer of the new asset-backed currencies after the Global Currency Reset which will replace the US-controlled Swift system with all its ills of usury and manipulation. The novelty about this system is that benevolent extraterrestrial Galactics provided the Alliance with this system which does not run on a conventional computer, but a quantum computer placed on a satellite. It is protected by SSPs to prevent it from being hacked.

According to the Galactic Connection site

“the activation of the QFS, the Galactic Alliance will completely destroy the Central Banking System that has been designed to destroy the world economy and put the world population into perpetual debt slavery.” This will be the path to humanity’s liberation from this kind of slavery.

This new financial system has been active simultaneously with the central banking system for more than a year. The Cabal attempted to hack this system multiple times to steal funds but were stopped in their tracks. Those bankers who attempted to steal funds from this system and transfer them illegally were caught red-handed and have consequently been arrested.

The activation of the QFS will lead to the Cabal’s demise. They try to prevent its implementation but our victory is near and they are about to lose the battle.

This system was not a 3D creation. It is considered to be alive Quantum benevolent Artificial Intelligence which comes with a ‘recognition system’ which is able to replace conscious humans and interact “with each financial transaction to ensure that it is transparent, legal, and owner-intended to prevent it from being compromised.

It is not the Cabal’s AI which is malevolent and I’ve even watched a video with a robot declaring it wants to kill humans.

As only gold or asset-backed currencies will be able to be transferred in the QFS, it will eliminate Cabal’s the central banking and fiat money (or “monopoly money” as some call it). It doesn’t mean that if you have the current currencies you’ll lose your money. If you’re doing legal business, your money will be exchanged for gold-backed currencies. 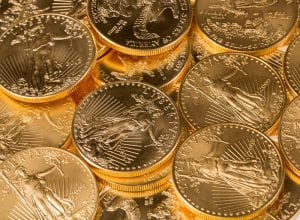 Only GESARA-compliant countries can participate in the QFS. The currency of these countries needs to be gold-backed in this financial system.

The Galactic Connection site explains that the Alliance will “use a specific quantitative formula to establish the amount of currency available in a country”. This will “establish a fair value of each country’s assets as compared to another.”

This is the reason why each country needs to use this particular formula to enable the QFS to function as planned. And this is why each country needs to be GESARA compliant to use the QFS. GESARA stands for “Global Economic Security and Reform Act”. GESARA Help provides an explanation about this act that it “is a global prosperity program on the verge of being announced and activated.” This program is connected to the Global Currency Reset in which the currencies of countries need to be backed by assets, including precious metals and revaluated according to a specific formula. GESARA is designed to benefit all the world population as well as earth. Finally, we’ll be financially liberated, be free and experience abundance.

This act will cancel all debts of mortgages, credit cards, and other bank debts due to corrupt and illegal form of banking and government activities worldwide.

Income tax will also be abolished worldwide, as it will make personal taxation irrelevant. Only a new “14% single rate tax on new non-core items will provide the sustainable revenue stream for all national governments after GESARA.” https://www.gesarahelp.org/

According to Rev. Dennis Shipman, October 10, 2017, all 209 sovereign nations of the world voted to implement the GESARA act as they signed Climate Change 2015 Paris Agreement according to Era of Light blog.

To understand the implications of this act in the U.S. alone: abolish the (private) Federal Reserve Bank and the IRS, dismantle the deep state- the USA Inc. shadow government.

WHAT IS THE NESARA ACT?

NESARA stands for National Economic Security and Reformation Act which was supposed to be implemented within the U.S. and designed for the Republic of America. However, as it was merged into the GESARA act, there is no need for NESARA as a separate treaty for the U.S. anymore. According to High Density Blog, GESARA Act was secretly embedded in the revised Paris agreement Trump signed the revised Paris agreement in 2017 that made NESARA redundant.

GESARA act heralds an age that humanity wished for millennia: prosperity for all worldwide, no poverty, no homelessness, no hunger, no debt and global peace.

The new technologies, including free energy, are part of the RV/GESARA/GCR and will be released to humanity. These technologies are not new technologies; but they have been suppressed for millions of years by the cabal.

According to Disclosure Israel on Facebook, these are few technologies which will soon be released:

THE IMPLEMENTATION OF THE GESARA ACT

According to the Event Chronicle the following three items must be accomplished to implement this act:

1) “The global and public proclamation of a global jubilee or debt forgiveness, and universal reset of planetary earth/humanity back to a universal system of common governance in transparent good standing with other member beings of the Galactic Federation.

2) Implementation of GESARA as a universal constitutional framework for global governance in all 209 sovereign nations per the signed 2015 Paris Agreement on Climate Change, starting with the restored Republic of the United States.

3) Mass human disclosure of both non-humanoid (extra-terrestrial) life in existence on the surface of this planet and throughout our shared galaxy.”

WHY IS GESARA NECESSARY?

As you can notice, I mention the mass awakening or great shift in human consciousness which is our ascension in my videos and articles. We ascend to a higher level of awareness, as well as earth that is also ascending. We are to become free again as we have been almost totally enslaved by the Cabal that continues to push toward our enslavement and control by accelerating the 5G rollout, forced vaccines, GMOs and other means of control and depopulation They almost succeeded and they still attempt to reverse the tide. However, as I’ve mentioned in my videos and posts, the shift in consciousness cannot be undone. The great awakening cannot be stopped as well as our liberation.

WHEN IS THE RESET/RV EXPECTED TO HAPPEN?

In a book review of Middelkoop’s book, Valentin Schmid says, “It is my belief that, well before 2020, the global financial system will need to be rebooted to a new paradigm in which gold will play a larger role.”

We who follow the updates on the GESARA act for years might be skeptical if it’s going to happen at all, as we expect this treaty to be implemented for years. However, this time it seems that it may be imminent. It feels like everything is ready behind the scenes, including the QFS, most of the countries are already GESARA-compliant according to various sources, military tribunals have already started since January 2019, although we haven’t seen the mass arrests yet. So this time it might be possible that the GCR/RV/GESARA rollout is imminent. I would love to read your thoughts about this.

The most exciting news about the transition to the QFS is provided by the Dinar Chronicles:

“April 1: The transition into the new Quantum Financial System.

August 1: All countries were expected to be GESARA compliant by Aug. 1 2019. Some say the new global asset-backed currency system would be announced on Aug. 1 and put in force Jan. 1 2020.

If you wish to write and/or publish an article on Operation Disclosure all you need to do is send your entry to UniversalOm432Hz@gmail.com applying these following rules.

Our mission at Operation Disclosure is to bring you important news events and raw intel from various sources focused on exposing the Deep State/Cabal and their downfall. We are also focused on disclosing our lost ancient origins and extraterrestrial contact.

Disclaimer: All articles, videos, and images posted on Operation Disclosure were submitted by readers and/or handpicked by the site itself for informational and/or entertainment purposes. All statements, claims, views and opinions that appear on this site are always presented as unverified and should be discerned by the reader. We do not endorse any opinions expressed on this website and we do not support, represent or guarantee the completeness, truthfulness, accuracy, or reliability of any content posted on this website.

Operation Bring Down The [CB], Rebuild America Begins – Episode 1822a

The BREXIT is now delayed, we are moving closer to a a no deal BREXIT. NJ Governor signed the rain tax. Existing home sales surge, but did they. Trump pushes the agenda, the economy is roaring. Trump and the patriots are setting up the [CB] and getting ready to move us to the gold standard. Trump brings on Stephen Moore onto the Fed Board. Trump contradicts the Fed, and says its time to rebuild the infrastructure of the US.

Strzok and Page phones were wiped before they were fired. Judicial Watch gets more HRC emails from her private server. The Mueller report will be a nothing burger, their will be no new indictments and Trump is now saying the people are with him on the witch hunt. The [DS] is panicking, the Patriots are exposing their agenda. Be vigilant, the [DS] has a couple of more tricks up their sleeves.