Posted on July 23, 2019 by fromthefirstorder

GREETINGS LOVE BEINGS ! YOU should KNOW by now, that I DON’T LIE or I would NOT have been CHOSEN for the “DIVINE JUSTICE” MISSION. Since I asked for donations I have only received 20 dollars American and I am dire straights here financially as the CABAL made sure I would STRUGGLE by STEALING MY HOME, MY MONEY and MESSING with me FINANCIALLY so I ended up HOMELESS a couple of TIMES and STRUGGLING to FIGHT back.

If you have ENJOYED and USED this SERVICE – then do the right thing.

I figured-out how to open a GO FUND ME, since PAYPAL refused to help me.

I LOVE YOU HUMANITY and PLEASE PAY IT FORWARD !

PLEASE  – FIND it in your HEARTS to DONATE so I can SURVIVE !

I AM your SAINT ANDREW !

Neil Keenan Update: The Last Line of the Infamous Cabal Neil Keenan sitting with the signed trust, and seated within the power of the Amanah trust and with the transfer of power stick. He is in control – stay out of the bunkers all of you!

While the Cabal may begrudgingly concede their far-reaching losses in the WEST (U.S.), (including no more chemtrails), they continue to surreptitiously battle and red flag things, all the while attempting to cleverly cover up their real nefarious, “Last Hurrah” intent: SOUTH KOREA!

“If the American people ever find out what we have done, they would chase us down the street and lynch us.” At one time it may not have even been a plausible consideration for these pathological maniacs, but with President Trump raising Cain with adversaries in the US as well as overseeing other ongoing, critical crises in the world, they are desperately colluding for a “Plan B”.

While smelling their own fear (defeat) and moving as quickly as possible to alleviate their worldwide financial losses – what better place for their next outlandish thievery than in South Korea with its hundreds of Global Accounts in bunkers with the majority being owned by the Golden Dragon Family!

Fortunately, this unsavory Cabal infamously garnered total flops at the recent G20 meeting in Osaka, Japan. With our exposing their every step in what was exactly happening and not what they wanted us to believe, they’ve since further attempted to garner the corrupt influence of Japanese Prime Minister Abe.

Interesting enough, Abe was already under highly astute surveillance, especially regarding any attempts to steal the Global Accounts from South Korea! 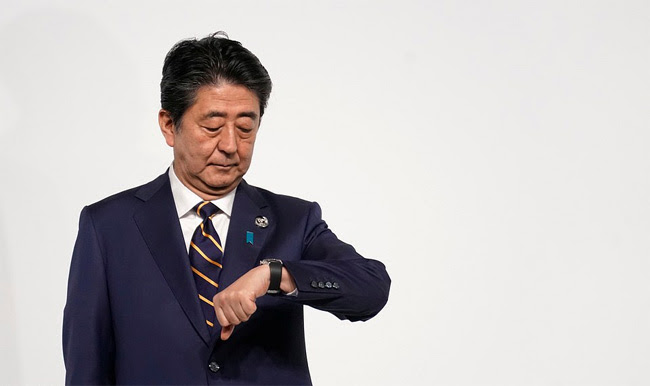 So what we have next is all about bringing in the BIG GUN!

Remember that although the Cabal / Khazarians once controlled not only the US, Europe, Israel, and many other places in the world, they’re currently in the process of desperately relocating their holdings.

The “Good News” (which you will not hear in the mainstream media) is that their control over the West is clearly weakening and may well be gone completely in the very near future!

They know this; they smell it, and they are drastically searching for other alternatives before their total collapse as greedy power brokers on the world stage.

With their huge holdings they are looking for other places to not only store Assets (they control mostly all of the Central Banks), but also to purchase Assets stolen during the wars while attempting for years to steal from the bunkers in Indonesia and elsewhere. And Shinzo – you might like to wonder as to how much more information we have and that we can release at any given moment.

These bunkers are filled with gold and debt payments from the many nations that borrowed from said countries.

The recent shift that took place from Indonesia to South Korea is because Indonesia fought them off with the help of Neil and Group K by exposing and blocking them from stealing from the bunkers inside Indonesia.

On the other hand, in the recent past Neil and Group K also prevented stealing from the bunkers in South Korea as well.

They want the GOLD!

They could not care less about the worthless counterfeit fiat monies which they’ve printed and still attempt to use to pay off their debts. They are no longer liquid, and many of their banks such as Deutsche are about to collapse. Why do they continue to attempt to do anymore outrageous and illegal shenanigans despite their many trillions of derivative losses and fake fiats?
It’s All About Survival!

Thank God it is taking place in our lifetime so our children and grandchildren will be able to live better lives without the Cabal’s fake wars, addictive drugs, big pharma, chemtrails, toxic vaccines and so much more!

They are going down, and we will happily send them to where they all belong: HELL!

THE ONLY WAY FOR THEM TO ATTEMPT TO ENSURE THEIR SURVIVAL IS BY WAY OF STEALING AS MANY OF THE GLOBAL COLLATERAL ACCOUNTS AS POSSIBLE FROM SOUTH KOREA; SO THEY’RE SENDING IN THEIR “BIG GUN”, THE PRESIDENT OF ISRAEL REUVEN RIVLIN, TO HELP THEM FINISH THINGS OFF ON THE CABAL’S BEHALF!

After the G20 flopped and Japan’s PM Abe flopped, President Rivlin’s assignment was to pick up the Cabal’s interest in “staying alive”. On July 15, 2019 Rivlin met with President Moon, and he also attended the largest Protestant church in South Korea. It is of interest to note that this church has unlimited capital.

Rivlin advised Moon to protect the people of South Korea with soldiers and missiles, all the while pushing Israeli Missile Defense Systems. Most recently, South Korea rejected another proposed official visit of President Reuven Rivlin to the country, providing no explanations whatsoever and leaving Jerusalem surprised. It was shocking to previously see how fast the Cabal sent the Israeli President (Khazar) into South Korea in an attempt to save their skins! In the past we might have ignored what was taking place right in front of our eyes, but over the past 9 years or more, we have learned to wisely stay focused on what we do best.

Consequently, we have stopped the Cabal on numerous occasions, as they attempted to trample mostly on Indonesia and also on S. Korea. Of course, it was all related to the bunker Gold.

In their latest desperate attempts to salvage their vicious, pathological selves, they’ve exposed others that are new to our intense scrutiny. We’re already well aware they do not care about the South Koreans anymore than they did about the Indonesians.

One only has to look historically at the Japanese wealth in South Korea resulting from their control over Korea for 36 years years, although supposedly liberated from Japan on August 15, 1948.

Unlike most of the Allied Powers, the Korean President Lee, a US puppet, cooperated in maintaining power without removing or retaining the pro-Japanese people. 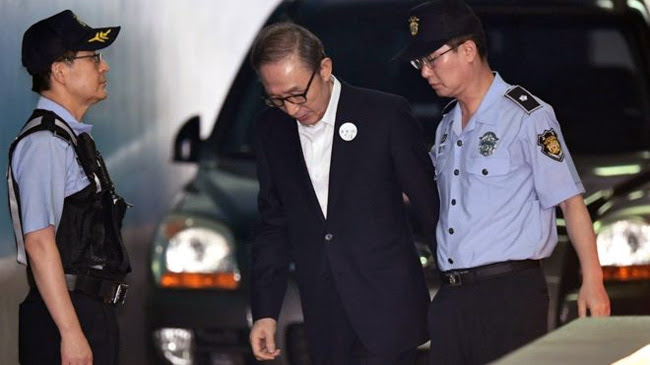 The Korean Elders who have sacrificed so much for their nation live very poorly while the pro-Japanese have maintained their long-standing positions of holding much of the wealth and power.

Again, family political traditions in South Korea involved being pro-Japanese in the past so they continue to maintain their misplaced loyalties to Japan. Unfortunately, this has caused South Korea to often be told that their future is bleak.

In contrast, it is imperative to know and keep aware of the fact that South Korea, Japan, Singapore, Taiwan, etc. are all tied heavily into the West, as it was the Marshall Plan which developed such nations after the War.

Or was it? In truth the Marshall Plan was broke, so it was a ploy in convincing everyone that the West (US) rebuilt Asia after the war. It did not do so, because it was the bunker monies placed in the aforementioned nations that were to be used. 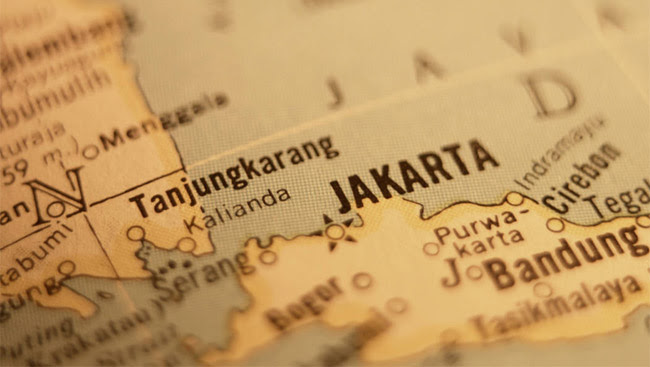 Today we know them as the Global Collateral Accounts. The West did not use anything other than the stolen Assets or loot from the war itself.

Today in South Korea there are false media organizations similar to those in the US which President Trump so deftly handles in his own personal style.

The main ones in South Korea are Chosun Ilbo, Joongang Ilbo, and Donga Ilbo. They are Japanese “presstitutes” who praise only Japan.

Amazingly, these journalists are even more powerful than politicians. To increase their control over public opinion they have also established the same umbrella companies in Japan.

In the US we’ve suffered something similar throughout the years. After all, the US has had one Cabal-controlled President after another with the exception of President Kennedy in the early 1960’s, who was clearly assassinated for attempting to clean things up. Hell, it was clearly known that Lyndon Johnson was sworn into the Presidency even before President Kennedy had passed away!

Yes, Eisenhauer, Roosevelt, Reagan, and all the others (except Kennedy) up to this very moment were Cabal.

Now you can see why they fight so hard against President Trump!

He is not a Khazar, and it is the Khazarians who have controlled the US and most of this planet we call Home.

The Congress, the Senate and most everything else is / was Cabal. The US became a corporation rather than a Republic in 1861, and we consequently became “financial slaves” when Lincoln signed the Emancipation Proclamation.

It appears now that “Honest Abe” Lincoln was not so honest after all. In the upcoming weeks things are going to change, and we will see who is who and what is what – It’s going to be “a hot time in the old town” for sure!

Neil will leave shortly to deal with many forthcoming challenges. He, along with Group K, sincerely thanks all of you for your loyalty and good wishes over the years. Your continued support and prayers are very much appreciated.

We hope to soon be able to open things up so everyone can live and breathe freely on our beloved Earth.

If not then the world is looking at another 50 years of Cabal control. And then you would see and experience their New World Order.

And this is why we continue our fight against that.

We wish everyone a fantastic week. It now really is indeed showtime – for We the People and not just in America.