Posted on November 20, 2019 by fromthefirstorder

The Impending and Undeniable Fall of the Deep State

The Impending Fall of the Deep State is Now Undeniable

[OpDis Editor Note: It’s only a matter of time until the Deep State will collapse. There are global revolts happening right now that’s merely a sign they know something’s wrong. “The people shouldn’t be afraid of their governments, the governments should be afraid of their people.”, not any other way.]

The Deep State’s desperate actions can be seen in all corners of the globe, and rightly so. If a protest is not against the Deep State, surely it is about grabbing resources through regime change protocols that involved the upper class and the military, just to keep the elitist system afloat.

Below are just some of the most significant developments that keep the Deep State wary of its future:

The Eastern Alliance has been, for years after the WTC 911 controlled demolition designed to establish the Deep State’s version of the New World Order, carefully crafting the specific, actionable strategies for total independence from the Deep State’s control of critical components like energy, banking and finance. This is obviously in conjunction with their technological advancements in the military realm.

The Alliance realized that the Khazarian Mafia [Deep State] has grown too powerful already, and its power must be trimmed and ultimately stopped from its desire to reduce the global population through wars for control of resources, and geopolitics, in general.

The 4,000 km pipeline, known as the Power of Siberia is capable of transporting up to 61 billion cubic meters of natural gas and is about to start its operation by next month. This pipeline will supply, not only the energy needs of China, but also that of Japan and the Korean Peninsula. It wouldn’t be a complete surprise if some US energy companies will try to smuggle out some of the volume allocated for Japan and sell it at a much higher price to EU customers, because it’s been done before and was exposed eventually.

Even Trump is now dilly dallying on one of his campaign commitments to leave Syria for the purposes of continually exploiting the latter’s biggest oil reserves. One good reason is Saudi Arabia’s hesitance to continue playing by the Deep State’s rules, which led to the recent whirlwind tour of Vladimir Putin in the region, which is meant, among other things the security of the Middle East once the Arabs decide to turn their backs away from the endless wars of the West.

For Syria, the turning point of its war against the MOSSAD-CIA-sponsored ISIS and White Helmets was the timely military and humanitarian interventions of the Russians, followed by the eventual Turkish President Erdogan’s pivot towards Russia, and the Alliance general, in response to the Deep State’s coup lodged against him a few years ago.

Midway along Trump’s tariff war on China, and the arrest of a Huawei executive in Canada, the latter responded with a gamechanging supply ban on rare earth minerals to Us companies. These minerals were extracted from countries like Afghanistan and those in the African continent.

It’s very important to know that the United States Geological Survey has been, for decades in the 20th century, mapping the precise locations of rich mineral deposits on every continent around the globe for future commercial and military extractions. This has been the guiding motivation why regime change operations are conducted in multiple countries all at the same time. 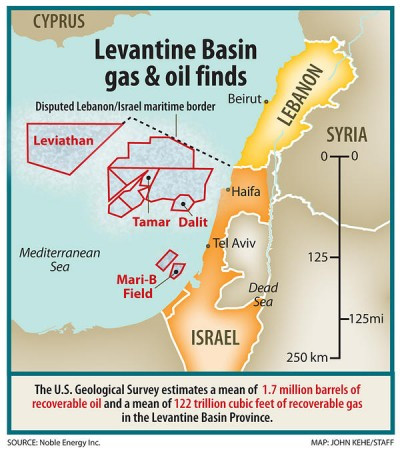 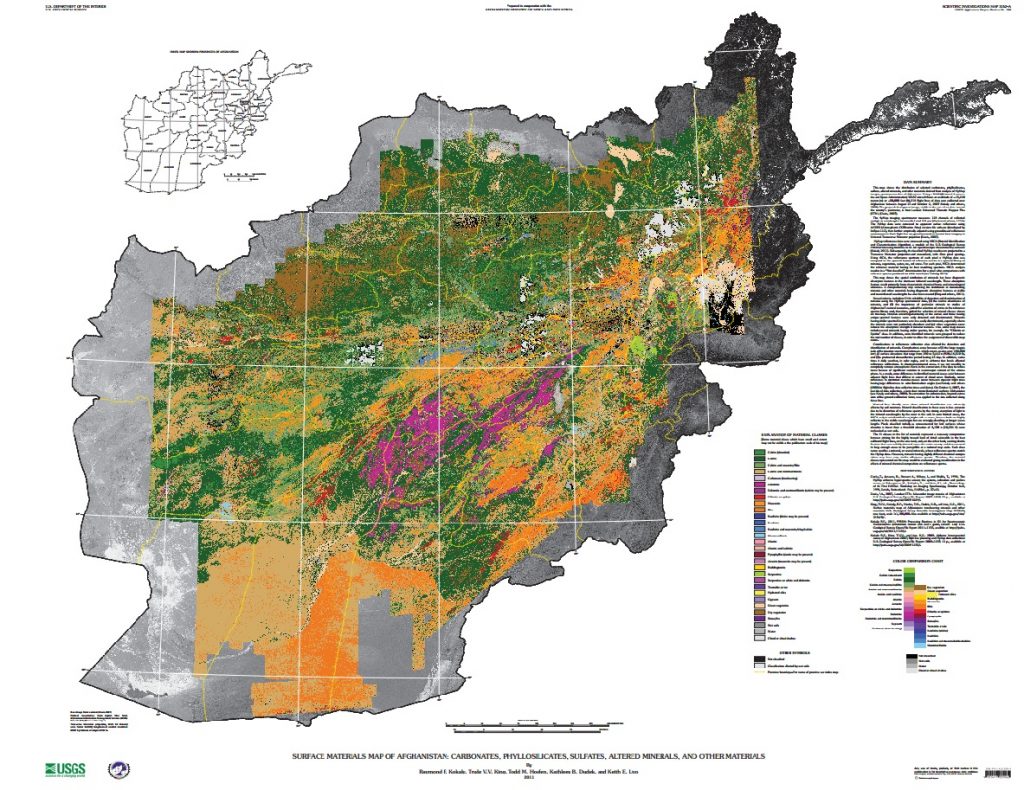 Just recently, Iran has announced a newly discovered oil deposit consisting of 50 billion barrels, which should help the secular country to mitigate the effects of Western sanctions. This should explain why Iran must be invaded and destroyed through sanctions and now with a mass movement against economic deterioration?

That’s a well-established and a cost-effective strategy of pulling down the economy of a targeted country, so that it will be the people that will bring down their own government. In the case of Bolivia, the administration of Evo Morales has uplifted the economic situation of the lower class, especially the indigenous community where he belongs.

For his part, ousted Evo Morales decided while still in office to give the Chinese the opportunity to extract the currency of the future, i.e. lithium deposit, that his people have under their feet, which is also estimated to be the largest extractable “white gold” deposit on the planet.

Recall that the Western imperialists were not able to remove Venezuelan President Maduro, so they could exploit the huge gold and oil deposit at the Orinoco Basin – thanks to the patriotic Venezuelan military. So, the situation must be dire financially for these warmongers.

So, why not reach out to their most reliable age-old friend in Southeast Asia, i.e. the Philippines, again.

The local government of Sulu, in partnership with the British enterprise Energy World International Limited, are set to construct a liquefied natural gas refinery plant in the municipality of Lugus following the groundbreaking ceremony on Tuesday, October 22, 2019.

The project, which costs around US$2.3 billion, will utilize the oil and gas reserves of Sulu Sea to provide clean and affordable energy to Filipinos. This will help sustain the power demand of the Philippines and generate employment in the locality.

Prior to the rise of the incumbent Duterte government, the Jesuits in cooperation with the Aquino government had smuggled 3,500 tons of pure gold to Thailand in 2016. No less than the Bangko Sentral ng Pilipinas insiders have brought this issue to the Philippine media.

But until today, no update has been made available about the Deep State’s daylight robbery against the country, which is not the first time that a similar plunder had happened.

One of the primordial motivations of why the Jesuits decided to pull out the 3,500 tons of gold from the Philippine central bank before Duterte’s formal assumption to office is to ensure that the Vatican, Inc. can survive all throughout the ongoing transition from fiat to gold-backed new financial system.

The Alliance has been very busy establishing its own forex exchange network that could facilitate payments between participating countries using their sovereign resource-based currencies, and away from the US-controlled SWIFT system.

In past five years, Russia has almost halved its foreign trade payments in US currency, from 92 to 50 percent, said the CEO of Russian Direct Investment Fund (RDIF) and member of the BRICS Business Council Kirill Dmitriev.

“An efficient BRICS payment system can encourage payments in national currencies and ensure sustainable payments and investments among our countries, which make up over 20 percent of the global inflow of foreign direct investment,” Dmitriev said.

He explained that developing the national segments of payment systems and their sustainable integration are the “key drivers of the economic partnership among the BRICS countries, given the increasing non-market risks of the global payment infrastructure.”

But the greatest threat of all for the Deep State, and this could very well be the final nail to the coffin, is the Alliance’s plan to use cryptocurrencies backed with their ever increasing volume of gold reserves.

Of course, all concerns against paving the way for the surreptitious establishment of a global Technocratic Dictatorship are valid, and should be watched out for in perpetuity. The full control of the State on the financial and economic well-being of every individual is indeed quite scary. But at least by that time, the battle is directly between the people and the AI-based totalitarian system, and not between fully-armed military organizations that could easily lead to nuclear war.

Along this line, the Netanyahu government has just ordered the Israeli Air Force to fire on Damascus, in what could be a sign of undeniable frustration over Turkey’s turnaround in Northeastern Syria, where both the Russian and Turkish forces are patrolling the border to protect the returning refugees of the CIA-ISIS-MOSSAD war on Syria, where an estimated 400,000 innocent lives were lost, and millions have sought refuge in neighboring countries since 2011.

This only shows that the entire system isn’t really working, or has reached its expiry date, and the Deep State conscripted intellectuals that designed and installed it over the last 5 centuries are now scrambling for an alternative that preserves their privileged social status.

Meanwhile, some of the most notable financial analysts in the West are predicting a meltdown starting next year…

The global war for the exclusive control of the natural resources is proof that capitalism is not the most sustainable economic system there is. The “survival of the fittest” system has also proved that the countries of the West, individually or collectively, are neither the fittest of them all.

The combined strategies and actions by the true GrandMasters of the Art of War, namely the Chinese and the Russ, are more than enough to topple the perennial bully of the schoolyard.

The unexecutable Brexit vote and the ongoing sham Trump impeachment exercise are just a few of the symptoms of an inept and the insanely corrupt Deep State that has been lording it over America in the last 2 centuries at the very least.

The system of speculation and endless printing of worthless paper currencies are deliberately being exposed for what it truly is – a tool for slavery by debt, and the capitalism is now proven to be an effective device for planetary destruction through unrecyclable industrial wastes due to the compulsory engineering of obsolescence into every product that is being manufactured and sold today. 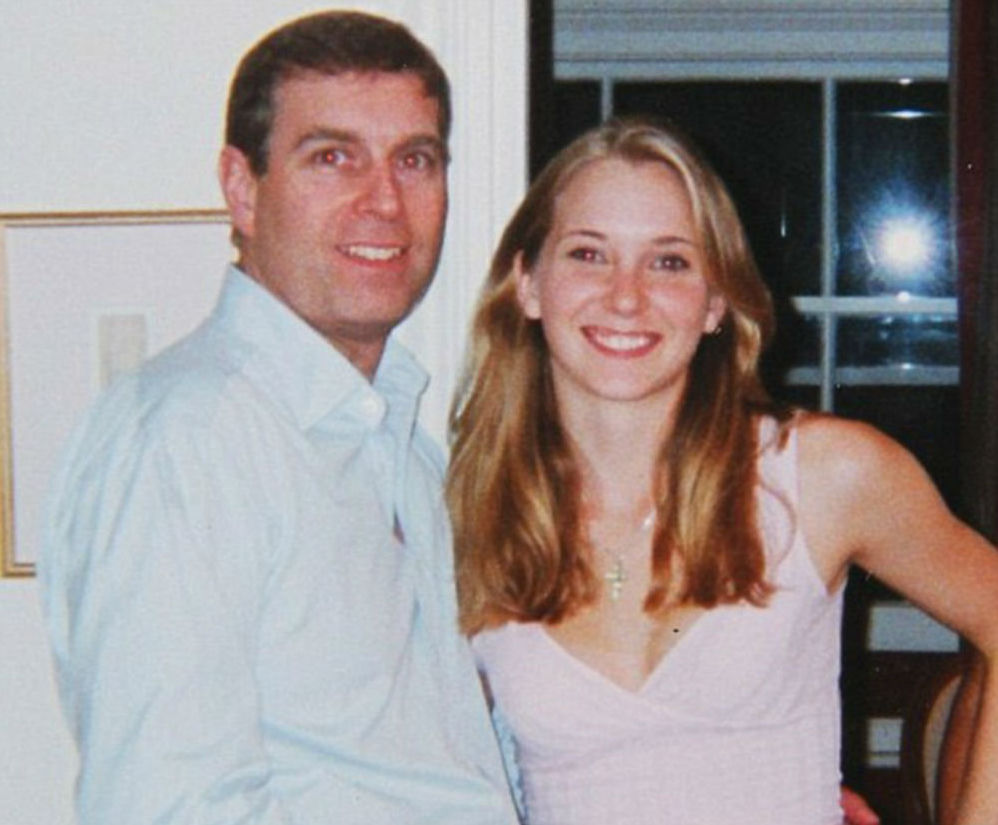 Prince Andrew and his sweating sexcapades.

A few years ago, Queen Liz’s Nazi background has been exposed by the Sun publication in UK.

Now, we are seeing a major fallout after Jeffrey Epstein arrest and subsequent “suicide” while in the Justice department custody.

We have also posted a video showing a young adult escaping from one of the windows of the Buckingham Palace in the middle of the day.

All of these are obviously too much to handle even for a sociopathic organization such as the Khazarian Mafia, or the powerful Vatican, known collectively as the Deep State.

It is very evident that they couldn’t get their acts now, no matter how much they have tried, nor are they showing something new about how they have conducted their operations worldwide.

They have become more predictable and are showing signs of panic and grave concern over their role in the foreseeable future, especially now that Turkey is planning to unleash the ISIS terror in Europe where the idea of using broadcasted beheadings to change regimes came from.

It is good to see, however, that in our lifetime, we can probably see space travel as a normal activity. Because what is really being implemented at such a dizzying pace in Eurasia, which is understandably not being talked about in the mainstream media, is the establishment of an efficient logistics infrastructure that can move people and resources faster towards the full implementation, and responsible use of the Tesla technologies, among many other exotic technologies that have been suppressed for more than 120 years now.

Among the most notable evidence of the Russian willingness to release these technologies is its announcement of an industrial method to produce any material that the global economy needs, in 2016 right next to the home of the Deep State-controlled Bank of international Settlements.

In the interim, all of the electric vehicles can soon be retrofitted with onboard power sources that may not require expensive and air polluting fuels anymore. The Trevor Métalectrique Technology uses aluminum metal as the recycle resource that will provide the necessary chemical reaction with a proprietary electrolyte that will then generate enough voltage to run an onboard electric motor in today’s EV systems.

All of the above should be more than enough to motivate everyone to stay with the course as set more than a decade ago, and support the tangible, meaningful moves to better the lives of everyone on this planet.