Posted on November 29, 2019 by fromthefirstorder 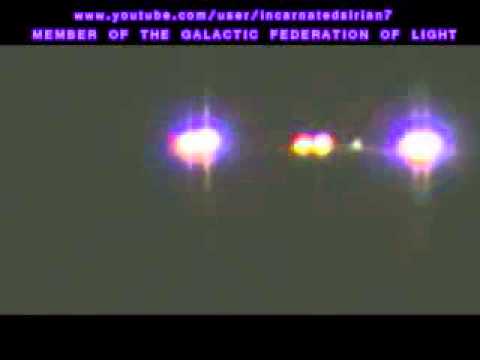 It’s probable that the galactics’ neutralization of all nuclear missiles made them rethink their plans because the subject has not come up in recent years. We have to go back to 2015-6 to hear the galactics address it.

“The dark Ones and their cohorts are proposing to put into action one last major attempt to regain lost ground, by faking an extraterrestrial attack upon you. It would be very realistic and you would perceive Spacecraft and Beings that looked exactly like those you are familiar with.

“Some craft would only be holograms and look quite normal, you are therefore warned of their intentions so that fear can be lessened or prevented as far as possible.

“Creating fear is the objective of such an event and it is as you would term it, ‘their last throw of the dice’ and could easily fool those who are unready or ill-informed. If it ever comes to be a reality those of you in the know can be invaluable to Humanity by helping prevent mass hysteria.”

No actions would be permitted to succeed, they tell us:

“Be assured however that no actions will be allowed to get out of hand and the Forces of Light are standing by, but for karmic reasons they cannot directly interfere in such events to prevent them from happening.

“It will be the only time that you should have to confront such a situation. It would be a great wake up call for those who have unknowingly given up their freedom, and allowed the dark Ones a free hand to carry out their plan for world domination.” (1)

SaLuSa through Mike warned us in 2015:

“You must be careful as to what you conclude after seeing craft in the skies, as the dark Ones now have many of their own that carry little in the way of identification. It means that incidents could be attributed to us and are in error.”

Never have the ships of the Galactic Federation of Light (GFOL) or Unified Forces of the Outer Galaxies (UFOG) threatened us, he reminds us:

“You will of course know that over the many years that we have been in your skies, nothing has taken place that could be described as threatening or harmful to you.

“We have never given you cause to fear us and are careful not to take actions that would distress you. Indeed, over a period of time we have occasionally taken action that has helped you out of a problem that may not have been part of your karma. One day not too far into the future you shall see us and meet us as the friends we are, and we shall go together into a beckoning future that promises so much.” (2)

If therefore ships in the skies are threatening, that’s the sure-fire way to know they are not from the GFOL or UFOG.

Some time earlier, SaLuSa asked us to use our logic: If the GFOL had wanted to subjugate the planet, it could have done so years earlier.

“There are a number of reasons that lead people to fearful conclusions, and deliberate disinformation is by far the more prevalent. The present campaign is directed against First Contact by inferring we come as conquerors and destroyers.

“With a logical approach it would become clear that if we were, we could have taken you over many years ago when you would have been unable to offer resistance. Instead your history will correctly show that we of the Galactic Federation, have on many occasions offered to bring peace to the world, and that it has been turned down by your leaders.”

Not all visitors to Earth have shared the same peaceful intentions, he suggests:

“We cannot speak for other visitors to Earth, but we do know that some have harboured thoughts of taking over your world.

“Our advice to you is to ignore any suggestion of an attempt to take over your world, as it will not happen.”

He reveals that the GFOL has divine authorization to stop Project Bluebeam or any other false-flag scheme.

“Be assured that we are fully aware of the plan of the dark Ones to stage a false attack, and we will make sure that it fails. That much authority is given to us, and it would have been prevented even if a real attack was intended. Our fleets number thousands upon thousands of craft and we would not stand by and allow your precious Earth to be violated.

“It is not in the plan for the end-times, as you have earnt the right to ascend and your freewill choice will be honoured. The dark Ones can only go so far where your karma is concerned, before we stop them in their tracks.

“That is easy enough for us with our advanced technology, and not a drop of blood would be shed. You will not have to put up with the activities of the dark Ones much longer, as their days are numbered.” (3)

How will they do it?

“The likely problems that may be encountered by us in space will quickly be dealt with, by grounding any weapons or craft that are intended to be used against us. We do not have to encounter them in space, as we do not want to give the impression that we are aggressive and warlike. That would be playing into the hands of the dark Ones, who in any event have considered creating a false encounter to put fear in your hearts. As we vastly outnumber their forces and weaponry, it would in fact be totally futile for them to attempt to attack us.” (4)

SaLuSa reminds us that any negative “alien” action would have to be by the cabal because the GFOL’s presence around the planet is strictly peaceful:

“We remind you that our presence is for peaceful reasons, and you can be certain that any negative incidents do not involve our craft or us. The dark Ones have seriously thought of staging one, but we will prevent it.” (5) SaLuSa is not the only galactic reassuring us. Cdr. Hatonn speaking through Suzy Ward offered this reassurance:

“I want to debunk the warning that aliens posing as friends really are base entities who want to take over your world. Hogwash! The light grid around the planet prevents any civilization with dark intentions from being anywhere near Earth.

“And if the bad guys try to put their own ‘secret’ craft in the skies and bring out some of the Greys living underground and claim it’s an invasion, we can stop that charade before it gets going. “ (1)

Meanwhile, back in 2004, Matthew Ward, also speaking through his mother, Suzy Ward, exposed the dark intent of plans to explore Mars:

“The sudden determination of the US government to spend billions of dollars to explore and possibly colonize Mars is to us almost a laughable disguise for the dark truth, which is to prevent the light forces from en masse landings on the planet by extending the combat into space.

“Although this is put out publicly as a US exploration decision, it is the intent of the Illuminati globally to heat up their battle capabilities with this off-planet use of technological weapons that only a few scientists and the quiet elite there know exist. Of course this effort will be as futile as their attempts to use known nuclear weaponry have been.” (2)

He too debunked the idea that the cabal could mount a false-flag alien invasion and succeed:

“There are pockets of speculation, even belief, that as a last resort to retain control, dark ones in power will stage a ‘space invasion’ to unify all peoples in a common fear of the alien invaders. Thereupon the stagers would impose martial law, arrest dissenters on a massive scale, and create chaos never before seen on your planet. Even as they give no recognition whatsoever to the many reports of UFOs in your skies, they would try to plausibly fit those sightings of spacecrafts into their ‘invasion’ plans.

“Oh my! What is in chaos is the mentality of the ones who would try such a stunt! There will be NO ‘space invasion,’ and you can rely on your benevolent brothers and sisters to thwart efforts to bring the ‘little grays’ in battle gear out of their underground cities as proof that aliens have landed.” (3)

Therefore there are no grounds to fear a successful “alien invasion” or Project-Bluebeam, false-flag scenario. Just as the friendly galactics around our planet have neutralized nuclear weapons, so they also have the ability to foil any cabal operation.

While for karmic reasons they cannot intervene in all actions by the cabal, they can – and will – intervene in operations taken to fool Earth’s inhabitants into believing that they need fear the friendly galactics of the light federations currently around the planet in their millions.