Posted on October 28, 2020 by fromthefirstorder

CORONAVIRUS IS a COVER = YOUR PLANET is being CLEANSED

NESARA a law that was signed in 2000 and was to announced on 9-11-2001 (911). It is greatest gift to Humanity ever. Many components are involved with NESARA and when those components are met, the Greatness for the World begins!

This is the 2016 speech that got Donald J. Trump elected. Listen carefully because everything we are seeing now is paving the way for a better world.

Then President Won the election and he with his teams knew they had a huge worldwide task ahead!

The world has suffered enough, being a slave to the corrupt people that controlled our countries, technology, communications, money, health care, and businesses. While America was thought to be the land of the Free, we were far from that. Throughout these past few years, we have learned the extent of the corruption from politicians that controlled our government and wrote laws; to their special interests that would line their pockets in favor of enriching these interests and the corrupt politicians; foreign countries controlling our country; using our tax dollars that paid for their corruption; intentionally crippling our health, then creating a medicine to cure the very problem the cabal created; manipulating the value of the dollar in favor of their Wall Street buddies; and withholding valuable technology that would help the world progress. Most of the world, including America, became an impoverished country.

The fight for the 2020 election is one of the biggest elections America will ever face! This is a battle of Good vs. Evil. While many of the evil / corrupt people have already faced their fate, as referenced in Q4767, there are some that are awaiting a tribunal or court date and are hoping that President Trump does not win for it gives them hope that they will face freedom and start the corruption all over again. That is why it is so important to get President Trump re-elected.

One of the biggest prizes to TRUMPSARA is Humanitarian needs. People have lived in shacks most of their lives and have not ever known what it is like to have heat or a pillow or even a blanket; or veterans that could not get immediate and proper treatment (under the pre-Trump Veterans Administration) have ended up homeless; or families that end up homeless and on the street; or those that could never catch a break because they are so deep in medical debt; or seniors that are working so hard just to make ends meet. President Trump has worked every single day for Humanity! Since his first hour.

Humanitarian projects will roll out as infrastructure projects all over the world through a government agency (name of agency is pending at this time). This agency will be asking for people with all different backgrounds and skills to help with these projects. The priority will depend on particular country’s needs (for example, USA priority is the homeless and elderly care homes).

The children that came from abusive backgrounds or that survived the human trafficking life, will be given the best possible opportunity to be taken in by legitimate families, fully vetted families worldwide.

This is worldwide. Humanitarian project must be global.

Understanding the corrupt pharmaceutical companies and their price gauging, big pharma is getting exposed for the crooked company they are. They make a drug to hopefully help one health issue, but then that drug creates a new health issue, then you need to take another drug, then another and the domino affect. All their ridiculous drugs that is primarily for one purpose…to enrich themselves. I am sure they all know simple remedies are the cures, but they do not make any money from it.

Under TRUMPSARA, the cures and therapeutics will be released in a way that it will not shock the world. It will be used behind the scenes worldwide, to help the ones really in need and be made more public from that point going forward. Yes, there will be Med Beds and they are very very expensive, but that is going to change. The patents are a HUGE GLOBAL GAME CHANGER and there will not be any more third world countries. Technology and patents for flying cars, AI Automated service, free energy to a certain extent.

When President Trump talks about vaccines, he is mentioning it as a communication to us that he is cleaning up the corrupt pharmaceutical industry. Even right now we have a few clean legitimate vaccines.

These cures and therapeutics will help change the world in a way that very hard to imagine.

The government is slated to be returned to a ONE PARTY government with term limits. It will not be considered a main job, or a “get rich position”. It will be a world govern by World Leaders who discuss everything going on around the world, issues are brought to the table and everyone comes together to make solutions and work together to achieve the best outcome.

The people in the government (under NESARA) will have to be voted by the people and they can be voted out if not performing their duties to their districts. No more 47 year terms!

America will have an election. The Constitution will be forth right with no gray areas and no misinterpretations. America as a corporation, technically unincorporated when President Trump was sworn in. President Trump gave the most incredible, Constitutional, Patriotic Inauguration speech bringing Power back to you the People!

President Trump’s Inauguration Speech Bring Power back to you the American people:

We have seen thousands of people have their debt eliminated via the Quantum Financial System beta testing system. These fortunate people have had their student, auto, credit card debt completely eliminated. This occurred during this beta testing period and it is slated to begin rolling out world wide at the very very end of the year 2020. As for mortgage debt, that is handled differently than regular debt. It is difficult to summarize, but in short, the real estate will go through a revaluation process and then the mortgages will go into the new system. Some may ask, what will happen to my mortgage that did get eliminated, will that go through a revaluation process? I do not know at this time.

As for regular debt (auto, credit card and student loan), that debt will be wiped out completely. Think about how much one household would have each month, knowing they don’t have auto, student loan or credit card debt. For those that say, we have no debt, how is this fair for us, do know, this GESARA plan is something the whole world did not expect to receive. In my opinion and as an example, it is a winning lottery ticket, it is just that we each have a different value.

Some have asked about medical debt and I reported that earlier from our Angel Anon, who did say medical industry is part of the corruption and that debt will be forgiven.

It will take through next year for the debt elimination to make the rounds worldwide. During this Transition to Greatness, the QFS allows digital banking worldwide with gold backed currency. It’s an incredibly sophisticated program. The Fiat (old dollar backed by vapor) will be eliminated. 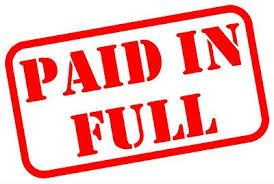 The credit card, auto loan and student loan debt is eliminated. It’s a total wipe out because of the switch to the QFS. Yes, it is a level playing field, all for humanity (us).

There are select groups that were chosen to be a part of the currency exchange but they were vetted and signed agreements with the treasury department. This was not to make them rich, for they will have wealth managers who track their spending and they will be the ones to help get the humanitarian projects off the ground in every country.

As for Social Security, it is going to be under the new system. White hats have made it clear this is a PRIORITY so people can retire and enjoy their lives and not have to get another job to make ends meet and work until they get too old to enjoy anything.

People will have to live within their means, no more extended loans or credit debt. We are in the Gold Standard holding pattern, everything is in place. After the election, we will transition and we will start to see Gold Backed currency commercially and that is how we will know NESARA will become official.

President Trump and his NESARA team and White Hats has been rebuilding the world from the ground up and the estimated time frame for all of this to be completed is 10 years. The entire timeline for NESARA/GESARA and humanity projects for the first 10 years will be awe-inspiring! We will be living in the transition period and participate in this period.

As for the Revaluation of the precious metals, we have reported before that the value of silver and gold we see on the USDebtClock.org is the value after the RV period. I do not know the exact time frame for this RV.

Exposing the corruption has to be part of the plan. ObamaGate, BidenGate and ClintonCartelGate has to get exposed as part of the movie. It has to go public. As for the CCP, they are getting exposed for their inhumane corruption and do know, at this time, they are powerless. Exposing the corruption tells the world what they all did to damage our lives, but more importantly, to unveil President Trump’s Greatness plan. If peace is the prize, then we know we are very very close to that prize right now.

PEACE IS THE PRIZE

President Trump has made peace with almost every single country. The one country that he knows will make peace with him immediately is Iran. 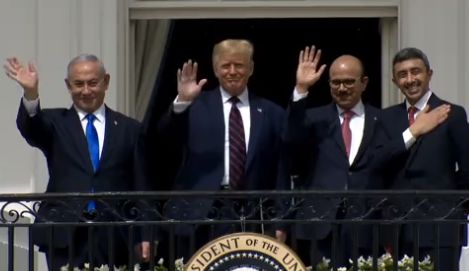 President Trump is making and brokered another peace agreement with the Middle East. Last week, he signed another Executive Order:

This is President Trump third Middle East Peace Agreement in less than two months! These are all signs of NESARA / GESARA in on its way! Additionally, President Trump has mentioned that world leaders are coming to the White House this week to have “talks”.

President Trump has been fighting for the People of the World! This is why it is imperative to get our President to the finish line on Election Day!

Let’s Remember the powerful Speech that got our President elected!

Thank you President Trump and all your teams for your constant fight to give the world a better life!!! You have more than lived up to your promises! The world is counting on America to vote President Trump in on November 3, 2020.

Awakening Channel: International Network of Lawyers, the C19 Crisis is a Fraud and those Responsible will be Sued

Loved Lightwarriors, here a new essential one! Click on this link; https://www.awakeningchannel.com/post/2-international-network-of-lawyers-&#8230; Proof that the Government and Media are Lying to the Public about the COVID PandemicFace Mask Fraud — Thinker2SGTReport — Unmasking the Queen’s Corporate Fraud

here a new essential one!