Posted on November 26, 2020 by fromthefirstorder

SIDNEY POWELL TO FILE LAWSUIT NO LATER THAN THURSDAY

The libs are freaking out about this and they forget that Loser Barry pardoned Terrorists and Traitors!

Yet, now he is needed and needed in a big way. General Flynn know so much and this Election Fraud Gate is not just about an election, it is wrapping up a world wide take down of every thugs, scum, slimeball that remains out there…world wide.

The timing to pardon General Flynn is remarkable! Just in time for Sidney’s Kraken Case and Lin Wood’s cases move forward! Then this news broke about GA SOS Brad Raffensberger and GA Governor Brian Kemp in bed with the CCP!

Oh and this Legal website posted this about Election Fraud thugs:

And then President Trump took action and will nominate and appoint individuals for Key Administration posts:

And on more news about the GSA (Transition process), @mil_Ops posted this Gem:

And Some Mil Spec flight Digs:

Okay…let’s do some deductive reasoning. Since Sidney Powell is filing her Kraken Lawsuit by Thursday; Lin Wood is ready to unleash; and President Trump has 30 days (according to GSA rules) to appoint key administration posts then who do they all need…General Flynn!! With General Flynn as a free man, he will not have any gag orders to prevent him from unleashing! General Flynn has been posting a bit more on his Twitter account. He also has a Parler account @GenFlynn.
Remember this gem of a photo!

And remember when he spoke out on 8kun “I have not yet begun to fight”…he meant it! 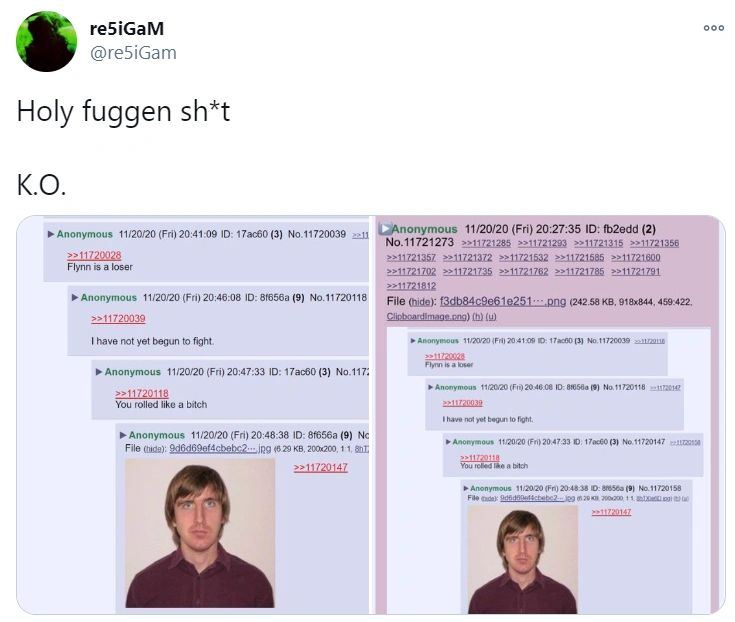 Now let’s look at 8kun. This means Q team was chatting with Anons in 8kun! Q posted this without making a public Q post:

Then we have this beauty of a clip from CNN:

PA Hearing today, President Trump had a chance to speak via phone and he made many remarks about Election Fraud…perhaps teeing this up should it go to the Supremes. From our attorney friend @ProUSofA says:

Let’s not forget those assignments for each Associate Justice!

Our Boss and Boss Lady looked stunning and happy at the Turkey Pardon ceremony. Sending Comms…Silver and Gold! This is not the look of concern, but more of a look of Super V…VICTORY!!!

Enjoy your Thanksgiving! We will not be reporting on Thursday unless there is very big news.

Have a blessed time with family and friends! Embrace each other! Time with God and one another is something that cannot be bought. It is truly a gift! I am thankful for all of you, for bringing so much joy, truth, wisdom and mostly love. These are genuine gifts that cannot ever be bought! I love you all very much!

As promised, Sidney Powell presented her federal lawsuit against Georgia before midnight on Wednesday 25th November.

AND – an equally explosive lawsuit against Michigan. Both lawsuits allege massive election fraud against President Trump.

MICHIGAN FILING
https://t.co/j10GvvwQEA… — 🧢BeingMac (@BeingRealMac) November 26, 2020 An excerpt from the report – Iran and China used the Dominion voting system to interfere in the current US election.

Looks like I’ll be up for awhile.
Holy cow this is YUGE pic.twitter.com/sCmWzJPS47— Mary Grace™ 🇺🇸*American* (@MaryGraceMedia) November 26, 2020 Twitter suspended Sidney Powell’s account for 12 hours – but she bounced right back, and now has one million followers…

What an incredible Thanksgiving gift to the American people – We, The People.

Have a wonderful day, USA Patriots. We Are With You!

Where We Go One We Go All.