Posted on April 8, 2021 by fromthefirstorder

Total Extinction of Mankind is Close

Just as an insane dream is not questioned, some people never question their insane lives. The implications of mass sleepwalking are obvious: with billions of people asleep, those in power who are awake have the advantage. Sleeping people are easily controlled. Their conscious soul exists within a mental prison, harnessed for time, labour, and energy. Those people possess little or no freewill. Read the century old Illuminati-Protocol 3:1;

“I can assure you that we are now only a few yards away from our goal. Once the circle closes, all the states of Europe are clamped like in a vice.”

People act like sheep, and never will break away from the madness. Wakeup and stay grounded to fight for your freedom and a free world without any dictatorship. There is no single saviour of this planet. There are many saviours, when people wakeup en mass, and unite.

Start to look at the world today; it is tempting to think of it as the global mafia is falling apart. We have arrived, in a transition process. Humanity is moving into higher consciousness, and we now have more positive energy on the planet than there is negative. For centuries, people functioned from an old, negative consciousness of war, violence, cruelty, and the need for power and money. This is now changing. The change may seem slow; but, humanity is shifting toward peace, cooperation, respect and kindness.

Too many people still watch each night their TV-news and become indoctrinated with lies from the media mongers with their misleading images. These viewers are unconsciously accepting the mainstream media that brings realities that are based on lies, to optimise anger, anxiety and fear. Keep eyes and mind open and become aware that the world is manipulated by corrupt politicians who are in charge, and on their turn are manipulated also mind controlled by the Deep State Crime Cabal that among many other involve all ‘admired’ royalties from every country with a monarchy.

Khazar bloodlines such as the Rothschilds have used official and unofficial methods of reproduction to infiltrate royal and aristocratic families. Says Leslie Gilbert Pine, an editor of Burke’s Peerage. The Rothschild bloodline is very much at the fore in this respect, as one may expect. 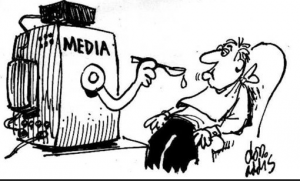 The perception of truth manifest from belief

Everything is coming together. DNA-science has torn back the curtains of time and revealed the Serpent in this people. For the record: real Jews are not Semites, and real Semites are not Jews. The ones today called “Jews” are the very disciples of the evil entity whom the Bible describes as, “that old serpent, the devil.” – From the early centuries of the first millennia, the Khazars of Eastern Europe were known as the money changers, the diabolical “Serpent People,” as the nation of Israel has admitted.

The Satanist have power over, corrupt politicians, and others in charge throughout the system, they are mind controlled to safeguard complete control of events. For the outside – the side the public sees – these Satanist are quite normal, but when switched, they are very different beings. The originator of this mind control process is the Nazi ‘Angel of Death’ Josef Mengele, who was helped to escape after WWII to the United States and South America by the Archon bloodline network that control American Intelligence (CIA) and the Roman Catholic Church. They wanted the ‘camp doctor’ at Auschwitz, to continue his sickening genetic and mind control research that he had conducted on Jewish children in the concentration camps. National Borders don’t matter to the Archon Crime Cabal members; they are one ‘global family’.

Phillip Eugene de Rothschild, one of the thousands of unofficial offspring of the family had a detailed correspondence with David Icke in which he explains the hierarchy of the Deep State Crime Cabal: 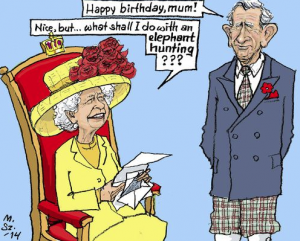 At the forefront are the royal families of Europe… Prince Philip… is the leading biological descendent of the ‘Reptilians’ as David Icke calls them. Immediately below him are the males of my family line (Rothschilds) like court of ministers in charge of logistics and operations. The current monarchs of The Netherlands, Spain, Denmark, Belgium, Sweden, Norway and some other old Austrians nobility (Habsburgs) are next in occult power and in this conspiracy.

How many more children and human beings need to suffer from their occult power, before humanity grows up and awake to face the reality and sheer evil of the force that controls them and their reality? The container ship Evergreen still waiting in Great Bitter Lake in Suez Canal, is not only to break the global money system, but clearly also to be involved in breaking up the whole DS-infrastructure, above and beyond their human, children, organ, weapons for mass destruction and drug trafficking rings.

Think about; the DS-Great Reset, like climate change, extinction propaganda, economic crisis, green revolution, and now the Covid hoax, all are promoted in order to distract and frighten the populace, to provide justification for greater authoritarian control as wearing face masks and social distancing while the conglomerate of private central banks financial edifice crumbles, and urgently substituted. 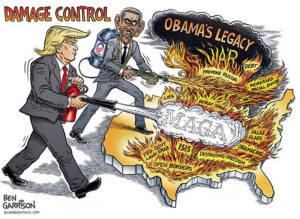 All these arguments are built on flimsy, junk science produced by bribed criminal scientists and politicians, and spoon fed to the public by MSM-propaganda. Covid is designed as an excuse in their effort to fight the financial collapse and retain power. However, all this won’t work any longer, as more changes are to follow; i.e. change from Maritime law to the Law of the Land, implicating the stand down of judges and lawyers worldwide, who are allowed to return after their re-education. Collapse of the Central Bank economy, to be replaced by the people economy, without debt and only gold or asset backed local currencies, with fixed exchange rates, without inflation.

The global reset comes with the introduction of the independent QFS money system under GESARA-law. Ending the medical mafia and drugs suppliers. To be replaced by Healing through natural cures and resources. Opening-up of suppressed technologies, like Free Energy, time-travel, and much more. A golden era of freedom and prosperity is upon us.

The Monarchy is part of the Deep State complot

The British royal family like all the royal bloodlines of Europe and further afield, are instituted on Satanism, paedophilia, and the manipulation of occult knowledge for deeply malevolence that ends in league with the ‘dark suits’ expressions of the bloodlines in politics, banking, corporations and the media. They are all part or involved in the gigantic web of paedophilia, Satanism, drug running, and murder. This is now coming into the open as result of the Evergreen operation in the Suez Canal, through which 8,000 children and adults have been freed so far. 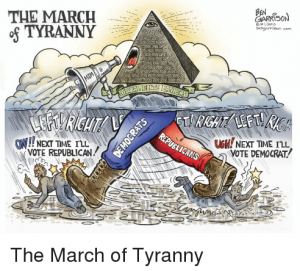 The sick and immoral world of the Archon bloodline, are called Elite as meanwhile commonly is recognised. They want to own the planet for themselves, by culling and modifying the human race from the inside out, through forced vaccination as is happening now.

Karl Marx, 1818 – 1883, the Father of Marxism wrote on behalf of the Elite controlled financial circles, his book ‘Das Kapital’ illuminating their basic plan for their total control of the world. The most important points are listed below, enabling readers to conclude how far they have come, with their control over mankind; 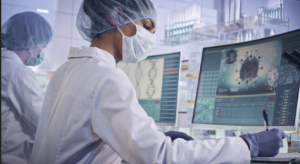 Walking biological time bombs all around us

People who are ignorant enough to be injected with an experimental vaccine that accelerates the production of highly contagious super strains in their own bodies are walking biological time bombs and a threat to society. (Natural News)

The globalists do this on purpose, coherent with their goals of global mass extermination. By design, they are giving the most dangerous and most contagious people “vaccine passports” so they can freely roam across society, spreading their super strain viruses far and wide.

The safest people are those who have strong natural immune systems and have already built antibodies against the coronavirus, without any need for medical intervention. This is easily accomplished in most people with the help of eating healthy food, eventually added with vitamin D, and the minerals zinc, magnesium and selenium, restful sleep and avoidance of toxic foods and medications. Natural herbs are a much better, safer and more reliable for curing ailments.

In short, it is the vaccinated who are most dangerous to society and most likely to infect others with super strains that already appear to have full immunity to existing vaccines, in other words, existing vaccines are largely outdated, requiring new ones, etc. Only a healthy human immune system can handle the rapid mutations and defeat them in a few hours, rather than vaccinating at all.

The real medical purpose of the vaccine is to wipe out the less lethal strainsand provide viral adaptation pressures that accelerate the creation of more lethal strains. In short it is the last phase for total world control and destruction of mankind, in other words, the end of our civilisation and human race.

This was all by design. They knew they couldn’t design the perfect weapon in the lab… they needed to put human beings to work as walking lab experiments. And that’s exactly what the vaccine accomplishes. If lockdowns, quarantines and masks were to be required for anyone, it should be the vaccinated!

In other words: The vaccinated are the most dangerous to be around! Now, anyone who wants to survive the killer “super strain” wave that’s mutating right now in the bodies of the vaccinated must realise that staying away from vaccinated people may be a matter of life and death. 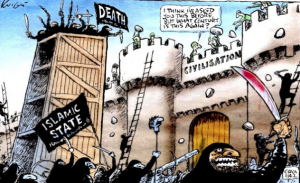 Again, it is the vaccinated who are the most dangerous and are therefore given the most access to society. In their own selfishness and scientific ignorance, these willing bioweapons volunteers are helping to carry out the greatest crime against humanity that could ever be imagined: A global plague, powered through decentralised, accelerated, adaptive genetic shaping that relies on billions of willing volunteers to serve as mutation labs. The scale of this global medical experiment on human subjects puts the entire Nazi regime to shame.

When the next death wave comes, the MSM will blame the unvaccinated, even though the unvaccinated aren’t being allowed to go anywhere, gradually. It is the vaccinated who will be killing themselves and others, they are part of a “vaccine suicide cult.” Read more about here,

To bring to mind; The last time people were mass vaccinated; 500,000.000 people died, during the designed Spanish Flu in 1918. Because, vaccinated people are walking biological time bombs and are a threat to society. 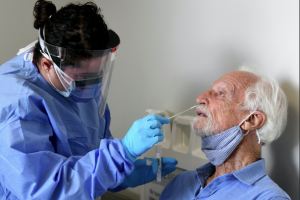 PCR tests infect through Covid swab, and the vaccine is a mRNA changer, basically designed for artificial intelligence enactment. Watch this highly informative video about the vaccine, and make up your own mind about these dangerous vaccines capable to extinct mankind for millions of years to come. As, happened with the civilisation of Atlantis and Lemuria more than half a million years ago. If the masses don’t awake now, our civilisation will be eradicated as well.

Only mass awakening can stop these criminals who are destroying us in real time. Open your eyes and fight for your live!